Let's not bicker and argue over who spilled what...the ethics of personal responsibility (for others) 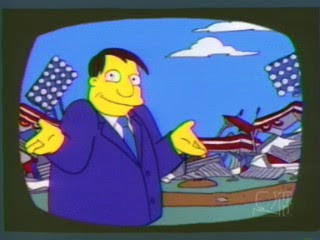 On April 21st, 2010, the most extraordinary event in the history of mankind took place. The Finger of God Himself emerged from the heavens and touched the series of concrete and valves that drilled 5,000 feet under the Deepwater Horizon oil rig. But by no means was the Almighty's miraculous intervention limited only to this, of course. God also made sure the well was improperly cemented, increasing the pressure and creating an explosion and spill. In this miraculous and awe-inspiring event of which mortal humans had no involvement whatsoever, God also ensured that the breakers designed to keep in the well also automatically failed and didn't seal the well off. With a single wave of His hand, He caused methane sulfide crystals to form on the containment dome, which prevented it from closing.

According to petroleum industry apologists, this is the version of events as they would have it told: a horrible act of environmental destruction that no maintenance or higher safety and standards could have possibly prevented. C'mon, guys! Let's not bicker and argue over who spilled what...
If the above is a little over the top it's because I took the apologists at their word about the oil spill being an Act of God.

All this, despite the fact that the same exact thing happened before: in 2005, 212 gallons of a lubricant were spilled because of (deja vu!) improper cementing of the well. In 2002, the freshly minted Deepwater Horizon rig spilled 267 gallons of oil because of a broken tube. In fact, come to think of it, the Coast Guard gave no less than six warnings to the Deepwater Horizon rig. What's more, in 2003, a collision hit the Horizon rig and caused $95,000 in damage, which would have allowed the industry to remain blameless, if not for the fact the damage was never repaired.

Yet, if petroleum industry apologists are to be believed, not even Nostradamus could have seen the oil spill coming. This is the essence of corporate apologism: the insistence on personal responsibility (for others).

The Deepwater Horizon rig was contracted out by British Petroleum to (surprise, surprise) Haliburton, who long ago transcended ordinary villainy into the realm of cartoonish super-villainy. 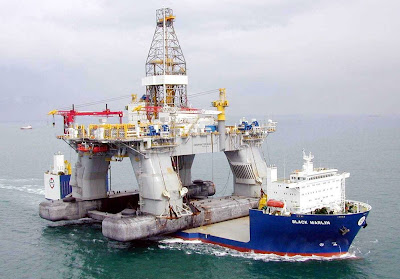 My all time favorite justification was this, by oil rig historian Tyler Priest: "You're always going to have minor equipment failure and human error, and of course they're operating in a hurricane prone environment." How a hurricane could have resulted in this oil spill when there wasn't one anywhere near is anybody's guess (also: minor equipment failure?). Tyler Priest's comments in a nutshell summarize the very attitude I am against here. Yes, human error happens, but the evil here is that this was a rig with a history of problems, including a problem that happened before that no one did anything about that directly resulted in the oil spill. Spill me once, shame on you. Spill me twice, shame on you and the standards of your parent company.

The reason I find all of this so offensive is not just the zero accountability, the denials and the obfuscation...but the notion that nothing we do really can prevent accidents. They are inevitable, blameless creations of machine failure and human error instead of a result of human negligence that can in fact, be prevented. Believing something is inevitable has an interesting way of making something inevitable.
Posted by Julian Perez at 7:53 PM