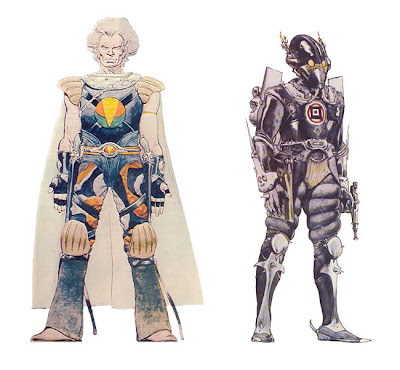 For information on the aborted 1971 Alejandro Jodorowsky version of Dune, check out this link, a translation of a French-language interview:

The project would have featured:

Alejandro Jodorowsky was always a favorite of mine. It helps because of his quote: "I ask of cinema what most Americans ask of psychadelic drugs."

It would have been interesting to see what Jodorowsky, with his otherworldly sensibility, would have done with DUNE.