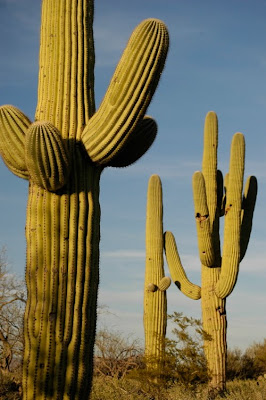 As a Floridian, it's so nice to hear that some other state is now the national embarrassment. Thanks, guys...you're making us look like the "good child" again.
Arizona's Immigration Law SB1070 is igniting a national controversy, and the first time I realized the sentiment dredged up by this reactionary piece of political theater is when there were actually protests against SB1070 at a Marlins-Diamondbacks game. This is nothing short of astonishing since in this infuriatingly candy-ass, fair-weather sports town, it's nice to actually see somebody care about something at a baseball game...alas, it wasn't baseball, though.
I am amused by people that claim that the law won't lead to racial profiling. Deeply amused, because racial profiling, and the codification of racial profiling, is the whole point of the law. SB 1070 allows for local police to stop and determine immigration status if they have "reasonable suspicion" that a person has a vague immigration status during a "lawful stop or detention." In other words, the entire purpose of the law is to increase the ability of police to hassle people and demand papers aggressively. There are a few token prohibitions in HB 2162, the follow-up law, of course, that officers should not take into account "race, color or national origin" in its enforcement, but that's a laugh: does Arizona share a border with the lily-white Ruritania from the Prisoner of Zenda? No - the race and national origin of people stopped for papers is the overwhelming factor at work in the decision to enforce the law.
I have friends that often say absolutely outrageous things about other races and religions, who then follow their statements with "...but I'm not a racist!" Actually, there's no more racist group on the planet than college educated, liberal whites, because they have the attitude that because of who they are, nothing they say can be viewed as racist, so they say absolutely terrible things. There's a point at which something can't reasonably be denied to be racist. When you have a law that increases the ability to detain, stop and question people and require them to carry specialized papers constantly or face prison, and its enforcement is specifically directed against a single racial/ethnic group to the exclusion of others...how is this not racist?
Now, as everybody knows, I'm really hard when it comes to enforcing the law on violent lawbreakers. But not everyone that is an illegal immigrant is a lawbreaker. There is a distinction between people in the United States illegally to pick tomatoes (or because they were brought as children and know no other life) and violent and aggressive gangsters that border-cross. 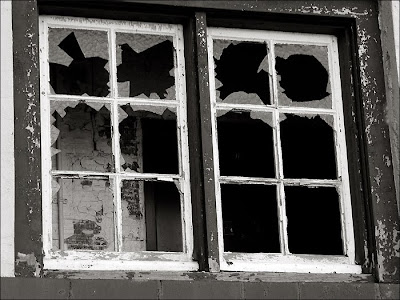 There's a theory in criminal justice called "broken windows." In other words, tolerance for one type of crime (broken windows in a neighborhood) will lead to tolerance for other types of crimes (muggings). So, in order to reduce violent crime in an area, there has to be intolerance for broken windows. This is an error in logic related to the "lawn fallacy." Think of it like this: there was (seriously) a theory floated around in education that the key to the success of children in schools is a well-groomed lawn, because it was found that most high achieving students had well groomed lawns. Unfortunately, correlation is not causation and to suggest otherwise is a lapse in logic. The reason that broken windows are found in high-crime areas isn't because tolerance of one leads to another, but because similar causes result in both: poverty, neglect, and so on.
Likewise, intolerance of one type of illegal immigrant (migrant laborers) will not necessarily result in reduction of another (violent gangsters). Obviously violent Mexican gangsters should be deported and their privileges revoked, no questions asked...but that only applies when they have actually committed a crime - and guess what? That's how it worked before the new laws! (What a concept, eh? Deporting people in the U.S. illegally that have actually committed a crime!) Defenders of the SB1070 law frequently make a big deal about how SB1070 is only enforcing standard laws instead of changing them...but if the laws are currently acceptable, where's the necessity for this anyway?
The belief that all illegal immigrants are fundamentally lawbreakers is in fact, a racist belief that does not understand the Mexican experience, considering an entire economy exists that migration makes possible: if every illegal migrant worker were to leave tomorrow, most Americans would starve and the food shortage would be downright crippling. Also, the law is anti-humanitarian: a "no illegals, no amnesty" hard line doesn't make much of small children that were raised in the United States, that speak only English, that call America home.
Empathy is a crucial tool when relating to others. When that happens, ask yourself this question: did your great grandparents have their papers in order?
One of the ugliest aspects of America is the degree to which Mexicans -a group that has been in the United States in significant numbers longer than either the Irish or Italians - are permanent outsiders, a pain that the racial profiling SB1070 emphasizes. Americanism is, like it or not, determined by race. Long-dead pop star Selena's family came to the United States 150 years before and will forever be a "Latin Star," yet Rene Zellweiger has a German father and is the "All-American Girl."
Finally, I can't punish the Republican Party and Arizona any more than they will inevitably be punished in the coming years. The effects are immediate: Arizona is reeling from a big body blow, the loss of more than $90 million in conventions and other organizations that are moving away from the state. In the public mind, Arizona is now associated with reactionary racism and Mexiphobic sentiment. And finally, the dream of the Republican Party bringing in Hispanics to create a permanent majority in America are gone for the next foreseeable generation. The short-term energizing of the base that this piece of political theater creates, is nothing compared to the long-term political consequences.
Posted by Julian Perez at 7:12 AM

"There are a few token prohibitions in HB 2162, the follow-up law, of course, that officers should not take into account "race, color or national origin" in its enforcement, but that's a laugh: does Arizona share a border with the lily-white Ruritania from the Prisoner of Zenda?"

So far I have yet to hear anyone explain how the heck you're supposed to tell who is here illegally and who isnt. Its not all illegals can be easily spotted because they'll never wear white sneakers or they have a glow that can be seen if you special glasses.

That's why I love the magical police words "reasonable suspicion," based around "lawful stops and detentions." Basically, they can demand papers if you're guilty of Driving While Mexican.

This is why I hate this law so much, as do a majority of Latinos: the idea of American citizens being asked to undergo the humiliating experience of being thought to be illegal lawbreakers based on their race is humiliating and rage-inducing. The fact that many non-Latinos don't understand why this is humiliating is pretty much typical spoiled-white-manchild stuff.

There's such a thing as laws that undercut law and order, because it fills people with resentment and mistrust of agents like police.