The Chabad Lubavich and Creationism 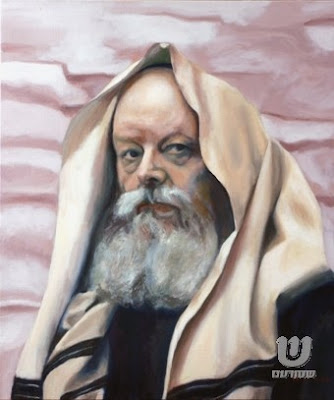 As a college undergrad, I was a part of the FIU Chabad Lubavich chapter, and on a couple of weeks when my Mother was out of town, I even celebrated Passover with them. I've spent dozens of free Chabad dinners there at the Rabbi's house. I have nothing but good and pleasant memories about my association with that organization, and the friendships I made through the Chabad.
Though I currently have no religious beliefs, being Jewish is a part of who I am whether I like it or not and is something I can either fight and rebel against (unproductively) or embrace as a part of my identity. Besides, God must love us secular Jews. After all, He made so many.
As someone with a science and education background, however, it deeply troubles me that Chabad is the only remaining Hasidic group, indeed, the only remaining group of Judaism that still rejects evolutionary origin for life, and continues to endorse some really crackpot Young Earth theories (6,000 year old creationism).
I always found this ironic, because Judaism (including hard-assed, traditionalist Orthodox and Conservative Judaism!) have never had any compatibility problems between science and religious beliefs.
And what's more, the Jewish tradition has always endorsed an old earth anyway, and that time, to God, meant something totally different than it would to humans. In the 11th Century, Rabbi Moishe bin Asher used Kabbalah to divine that the earth was billions and billions of years old, and many midrashim have argued there were previous successive creations that were destroyed by God as unsuitable and incomplete. There have been other Medieval that claim that Adam was the last of a thousand prior generations, but he was significant in that he was the first to have the breath of God, a soul within him.
The primary voice for this rejection was one of the major figures in the history in the history of Judaism, the Rebbe Lubavich, who had enormous influence over the Chabad as its spiritual founder. Many believed the Rebbe was in fact, the Messiah (Moshiach), a view that is downright bizarre for the primary reason that he died! Well, I guess that answers that question! Along with Bar Kochba, Jacob Frank, Shabbetai Tzevi, and a certain Rabbi from the 1st century that shall remain nameless (wink, wink) the Rebbe died without fulfilling any of the Messianic prophecies.
This seems like an unfair non-sequitur since most Chabadniks didn't believe the Rebbe was Moshiach even when he was alive, but it is nonetheless relevant because the Rebbe was not a superman and he could be wrong and at times he said various misinformed things about the process of science and evolution. He once claimed that "evolution has not the slightest shred of evidence behind it," which even honest creationists must admit is untrue.
More importantly, I would not go to the Rebbe for advice on science. The divine nature of Torah is totally unfalsifiable and therefore outside any possible means of scientific investigation. The origins of human beings, however, are within the boundaries of the material world: things within the material world require materialist explanations.
The Rebbe believed that biological evolution eliminated the meaning and purpose of existence, if we were just an "accident," then who cares about moral responsibility? As a Chabad rabbi stated in this article:
"We have to be aware of the effects of our beliefs. If we believe that humans came about by accident, then life has no meaning. There can be no meaning to something that happens by chance. A random explosion or mutation cannot give us purpose. My life, your life and all human history has no real significance whatsoever. Whether I live a good life or one full of evil makes no difference. It is all a big accident anyway.