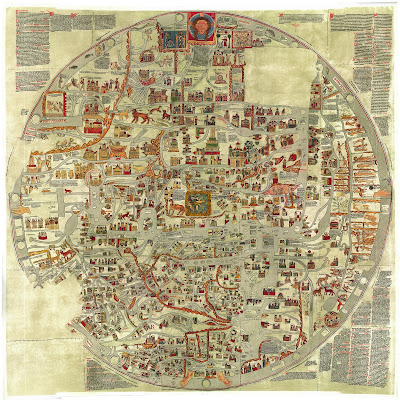 Now this is something that is downright fascinating.
It's a map of the world, but from the Middle Ages, which is interesting because it showed the structure of the world as medieval people saw it.
A few things to notice:
Posted by Julian Perez at 2:49 PM