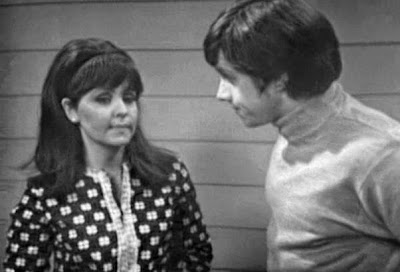 She helped the Doctor crack the mystery of an airport where people were disappearing and replaced by pod people, and she became fast friends with Jamie.
Yet, no list of companions I've ever seen ever counts her among their number at all! But for a while (one six-part episode, The Faceless Ones) Samantha Briggs was a companion of Doctor Who during the Troughton era.
(This one's for you, Eddie, the biggest Doctor Who fan ever.)
It's not surprising she's not better remembered because her debut episode, The Faceless Ones, is totally lost as a result of a mixup at the BBC. After Ben and Polly, the two most "swinging sixties" of all the Doctor Who companions, chose to leave together, there was a mad scramble for several episodes to find a companion to be "the girl."
Samantha Briggs was immediately chosen to be that girl, but unfortunately, despite a personal plea from man-candy Frazer Hines, she turned down a regular part on the series.
The character the show creators eventually chose as the new companion the very next serial was va-va-voom Victoria in the Evil of the Daleks, but not after some deliberation: the character they originally wanted was the Waterfield's maid, Mollie! 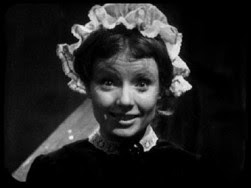 Samantha Briggs was groomed to be "the girl" in the very episode Ben and Polly leave, something that the actress's departure put a major crimp in. She was a tough, gutsy, ornery Liverpool girl from the 1960s. More than any other companion, she and Jamie had real chemistry right from their debut episode.
She couldn't have been more different from the sidekick they eventually went with. Victoria was a proper Victorian girl whose most distinctive attribute...other than the obvious, of course...was her Fay Wray scream. Samantha on the other hand was very "mod," a tough London bird and honestly, was a bit of a schnauzer-face. Victoria though, was quite possibly the foxiest companion, at least until that cave girl. 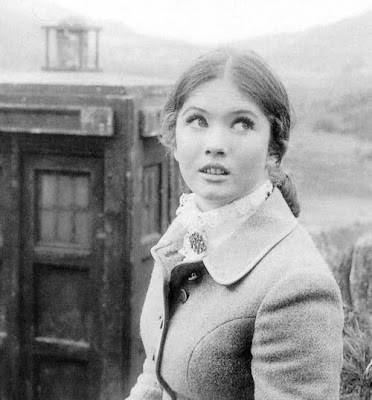 (The irony of Victoria being the prim and proper Victorian lady never ceases to amaze me since apparently in real life she was the Goodbye Girl for the Falkland Islands invasion.)
For the life of me I don't understand why Samantha Briggs isn't considered an official companion. She played a huge role in the resolution of the story, became friends with everyone, and was a scrappy engine for the events of the story. She was clearly groomed to be the big new companion. And even the fact she was only in one six-part serial isn't enough to disqualify her since Sara Kingdom was considered an official companion despite being an ally for only one episode as well! One that is also, by the way, lost.
I for one, would like to see Samantha Briggs restored as an officially numbered companion! That means, when numbering the companions, bumping everyone above her up one spot.
By the way, the actress that played Samantha Briggs, Pauline Collins, was far from done with Doctor Who when she turned down a part as a companion. She later on showed up in the new series playing, of all things, Queen Victoria! I believe she has the record for the longest absence of time between appearances on the series. 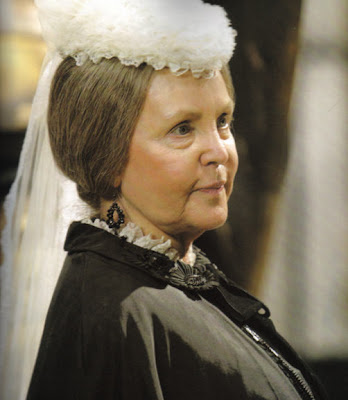 This reminds alot of Sara Kingdom. Poor girl was supposed to be a companion but instead gets killed off by the end of her first story

Sara Kingdom would be a good test as to whether you think Samantha is a companion.

If you think the one-serial Sara who never traveled on the TARDIS but who nonetheless played a big role in the solution of the story and was set up to be a regular part of the cast though she fizzled for whatever reason...if she counts, by that same criteria Samantha Collins counts too.

On the other hand, if you don't consider Sara a companion, then logically Samantha doesn't count either.

Also, I believe the actress that played Sara Kingdom was Jon Pertwee's one time wife. Didn't she also play that creepy sorceress from "Return to Oz?"

I did not know that.

I mentioned this before. Its interesting that people will treat the Brigadier as a companion despite only traveling in the TARDIS only a handfull of times, even then only for short trips. People treat Astrid from the Christmas Special "Voyage of the Dammed" as a companion even though she didn't get ride in the TARDIS at all.