Your Next Door Neighbor is a Dragon! 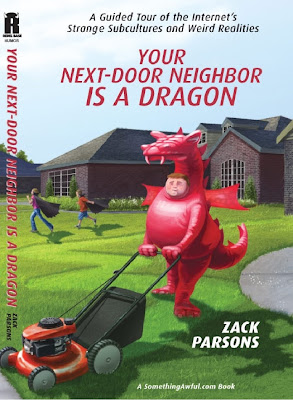 Zack Parsons’ “Your Next Door Neighbor is a Dragon!” is a book about a topic that I find interesting, weird internet subcultures, and it deals with a theme that I have always responded towards: sympathy and humanity for weird outsiders. It’s a comedy book about the weird and at times dysfunctional lives of outsiders, but never deals with stereotypes and with one exception, it’s obvious that Zack Parsons really likes everyone he writes about.

The moment I realized what this book would be about, what the tone this book would take, is when Zack Parsons, when doing research on people that use the internet to fuel their hypochondria, met up with a couple of women that run a website for people that are suspicious of the artificial sweetener aspartame. Both of them brought their own water to the diner where they met.
After a conversation where they went on about how Donald Rumsfeld was connected to the sweetener lobby, Parsons was met by one of the women, who frantically begged and implored him to tell other people in his book that artificial sweeteners are deadly.
Instead of laughter the moment provokes profound pity, because the woman here is absolutely and totally sincere.

That’s the amazing thing about the people that the writer speaks to: all of them are totally sincere. In a world where everyone is saying something to get something, the one uniting thing about everybody in the book is the way they totally believe their own bullshit and get absolutely nothing out of it.

The basic thesis statement of the entire book is that as a result of the internet, it’s easier to get support for believing weird things than at any other point in history. If you thought you were really a dragon back in, say, 1940, you’d keep it to yourself until you grow tired of people laughing at you, or receive time in a funny farm. If you believe you’re a dragon in the internet generation, you can find an FAQ and a message board where other people write about their experiences. You’re assured that you’re not alone and instead of trying to “cure” yourself and become a functional person again. 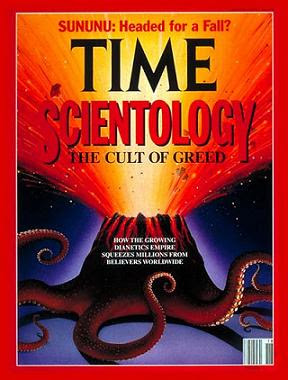 In fact, this reminds me about all my readings about cults. The difference between cults and regular religions is that “regular” religions teach people to improve their lives and deal with problems like (for example) grief, whereas cults make people dysfunctionally unable to interact with the real world, because they internalize a whole new language that is totally incompatible with dealing with the world. That’s why people become dependent on cults…because cults make sure the people in them only “speak the language” of the cult.
One characteristic of cults is that their responses to being criticized just don’t make any sense to anybody outside the cult.
For instance, when Ron Paul was criticized for having his newsletter contain obviously racist content, his response was “;libertarians are incapable of being racist because racism is a collectivist idea.” To quote Parsons: “Nobody knew what the fuck Ron Paul was talking about here except libertarians, who already loved him, so it was a pretty terrible defense.”

Don’t get the wrong idea from all of this. The book is a journalistic travelogue of admittedly interesting people, and is not about understanding why people do or believe weird things, the way Michael Shermer’s books are. This is a shame, because some of the most interesting insights come with the bizarre internet cult following around Ron Paul. It sounds strange that something like a political movement would be in this book, but most political movements don’t have their high point be the creation a blimp, either. 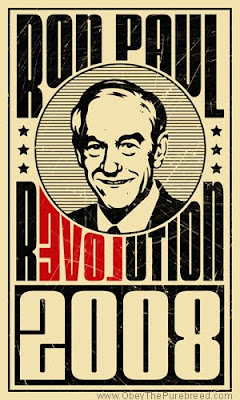 The high points included a disarmingly warm, honest 19-year old heavyset girl from a North Texas ranch that just happened to be into vore (the sexual fascination with getting eaten and digested), a guy in a trailer park who lived with his toothless redneck Mom, who not only believed he was really an Elf, but who also spent the majority of his time doing tricks; and a guy running a racist White Power website who was confined to a wheelchair and had extremely pleasant, polite interactions with his black neighbor. One of the moments where I just bust a gut laughing was when he met with an erotic slash fanfiction writer, and wrote their interaction entirely as the fanfic writer’s perfectly duplicated, amateurish writing style.
My favorite moment was when he meets a heavyset woman with a glandular disorder that gave her morbid obesity to the point she was nearly bedridden. She also happens to write homosexual slash involving He-Man and the Masters of the Universe. She shows up only for a little bit, but she has such a self-depricating sense of humor and was so obviously limited in life and disabled that she aroused sympathy and pity instead of disgust. This book doesn’t go for the easy “let’s laugh at the freak” stuff. The book is funny because it’s about funny people, not maliciously so.
My all time favorite interaction was this one, where the narrator meets a guy with self-diagnosed Asperger’s Syndrome, which was too good to not have in its entirety:
In the meantime, Andy was inspired by the news of my book and had started his own Great American Epic.

“It’s based on GoldenEye.” Andy said.

“No, it’s based on the Nintendo 64 game.” Andy said. “The plot is what if 006 had the Moonraker laser from multiplayer mode and instead of faking his death at the chemical facility he kills James Bond and then escapes. But James Bond is really alive only he is burned by the laser and James Bond works with the Russians to get revenge on 006 who has been promoted to 007 – “

“I don’t think that’s how it works.” I interjected.
“Whatever.” Andy said, with irritation. “He could still be 006. The point is it’s like GoldenEye from the Nintendo 64, but played through in reverse by 006 with James Bond as the bad guy. And you know what the coolest part is?”
“That isn’t the coolest part?” I laughed.

“No, no.” He said. “Check this out. The James Bond dude that wrote the books never even wrote a GoldenEye book. They just made it up for the movie! So now I can be the guy who wrote GoldenEye!”
“That’s borderline retarded, Andy.” I said.

The great downside to this book is that it has a frame story that is painfully unfunny and uninteresting, that makes you wish he’d just let these interviews speak for themselves. Let me give you a preview: it involves quotes from the Super Bible and belief in Super God. In fact, it’s best to skip the first chapter and the last two chapters entirely. I guess what Parsons wanted to do was tell a story like the Vietnam war memoir “The Things They Carried” which had obviously untrue things (like a girl that came to visit her boyfriend in Vietnam and so fell in love with the madness and pointless carnage that she went wild and wore a necklace of human ears) so that the person can feel the intensity of the experience. But it’s just obvious and telegraphed comedy totally out of sync with the rest of the book. It makes you wish he just tried to focus on what the books is really about, instead of him hot-dogging as Hunter S. Thompson.
Posted by Julian Perez at 6:23 AM