You have to respect a villain 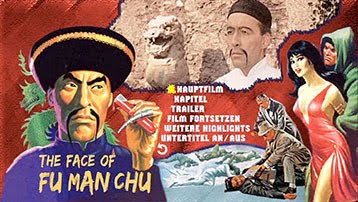 A friend of mine and I were having a conversation about villains in fiction, and I said that one thing that is required is to have an effective villain is someone that at some level you respect.
This is because while heroes can be scrappy underdogs, villains must create fear and be powerful and threatening and competent. Has earth ever been attacked by a technologically inferior race, after all?
For instance, why aren't Islamic terrorists used as often as Nazis are in movies? I can't recommend Inglorious Basterds enough, by the way: it takes a movie like this to remind us what scary werewolves the Nazis were.
A lot of the press spends time wondering why suicide bombing takes place, calling it "senseless" and "insane." I just don't get this, since the phenomenon is perfectly comprehensible: the overwhelming majority of people between age 15-30 have a deathwish, even in the United States! And if you can go and take people with you, especially hated enemies, so much the better! The majority of people in the world, even in the Industrialized West, are savage, killer chimps that lust for violence and the murder of their tribal foes. This is normal, and being any other way is extraordinary. This is why the press makes such a big deal about being mystified about the motives of suicide bombers: it's nothing but sheer denial of something they know damn well.
Think about all the people in your High Schools - the morons, the Beavis and Butthead types (the majority of boys, basically). How much convincing would it take them to go down in flames and take tons of people they don't like with them?
This is why suicide bombers aren't featured as enemies. Not because their mentality is totally incomprehensible, but because it is totally understandable, and it's a little juvenile.
One person that has almost never been featured as a villain in fiction is George W. Bush, despite his astronomical unpopularity and history of clear villainy. Why is that? The reason is that, even if you are one of the people that used to like the guy, you have to admit he is a frequently tongue-tied, inarticulate man that is a poor planner and intellectually non-formidable (and only in the United States and perhaps Australia, can that obvious liability possibly be seen as a strength). He stumbled into the presidency by an accident of history. He doesn't arouse fear and is impossible to take seriously.
Someone like Bob Roberts, the villain of the movie of the same name (and the Simpsons parody, "Sideshow Bob Roberts," featuring Sideshow Bob running for mayor, arguably the greatest Simpsons episode ever made) is charming, funny, articulate, and unlike George W. Bush, his business ventures are actually successful. He masterminds a conspiracy and is in bed with corporate interests. And he's actually not a bad singer and guitar player either. In other words, he was a great foe because he was everything that Dubya wasn't: smart and scary.
Now take the Chinese, for instance. They're natural villains. One good question that fans of pulp ask themselves is, why haven't we seen Fu Manchu in a while? The answer is that Fu Manchu won. China is a respected power again and the British Empire that he hated so much no longer exists.
Remember that giant screen at the opening of the 2008 Summer Olympics? That was a technical wonder. If the Olympics were ever hosted in the city of Doomstadt, Latveria, that's the sort of thing that Dr. Doom would create just to show off. These are bad guys you can take seriously.
Posted by Julian Perez at 3:33 PM