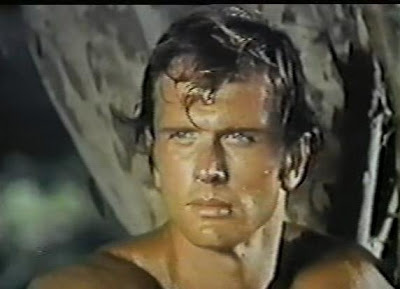 In the 1980s Superboy series, Ron Ely briefly played the role of an alternate universe, adult Superman. It's funny how most Tarzan actors could conceivably play Superman and vice-versa. 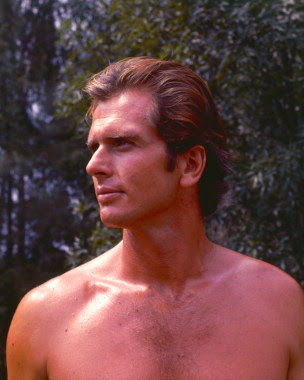 Something about that set my mind on fire, even though it was an episode buried in the fourth season of a now mostly forgotten eighties show. It was not just because I'm a big fan of Ron Ely from his days as Tarzan.

The reason I was excited by the possibility of Ron Ely being Superman, the reason it feels so "right," is that Ron Ely personifies best how I've always seen the character of Superman: a quiet, cerebral guy. When I picture Superman, I picture him as an understated, intellectual person with quiet dignity. I've yet to see a Superman like this, though Brendan Routh comes the closest.

George Reeves was a blocky, aged fifties Father-figure, close to someone else's conception of the character, but certainly not mine. Christopher Reeve, as charming as he was, had the understatement down pat but his impish sense of humor felt all wrong. Come to think of it, with his deceptively nice-guy charm and quirky humor, Christopher Reeve would have been a better Hal Jordan than Superman.

experience and intelligence, even more so than his superpowers. Superman uses his powers cleverly, and I'm astonished at writers like Cary Bates and Len Wein that could come up with a new way to use superspeed and superstrength, a new "trick," regularly once per week. A good way to identify a true fan of Superman from a poser is to ask them whether they ever saw Superman throw an honest-to-goodness punch between 1956 t0 1985. Rather, Superman uses superstrength and other powers in really ingenious ways. When a tidal wave threatened to smash a beach, he used superspeed and strength to compress the sand, rub it and turn it to glass. Another example would be how he stopped a burning building by twirling around really fast in a circle to create a vortex that deprived the flames of oxygen. What's more, Superman tends to find ways to benefit people in weird ways. If he has to melt the ice of a speeding comet, he'd do so over a drought-stricken community as an added side-bonus. If Superman was just a really strong flying guy, he'd be indistinguishable from a ton of superheroic characters.
Likewise, a lot of people see Superman as the sort to inspire others and give speeches, a Kennedy, Obama or Churchill type. Thankfully, none of the actors have played Superman this way, as the character would be absolutely unbearable and nauseating, though the Superfriends writers featured Superman giving a Shatner-esque speech as the finale of many episodes. I've never agreed with this characterization.
My good friend Eddie Michigan once said one of the fundamental difference between Captain America and Superman is that Captain America is aware of the effect he has on people, and his ability to inspire (which is partially what led to panics like "Man Without a Country"). Captain America is a leader, a hero that fought in World War II. Superman on the other hand, is a very humble guy, and someone that is very self-sufficient. Captain America leads his friends into battle. Superman, though, charges into battle and looks back and sees his allies flying behind him, ready to go where he goes.
Posted by Julian Perez at 3:23 AM

thanks for the shout-out but if you ever refer to me as Eddy Michigan again, I'll have you dismembered by a Gorilla dressed as Mon. Mallah.

Eddie, you know you've been called "Eddie Michigan" now by the Perez clan for over TWO DECADES? The statute of limitations has expired on your ability to complain about that particular nickname.

You have been raised in Cuban environment for all your life must realize that there is statute of limitations on complaining about silly nicknames. Its one of our rights as children of Cuban families. Just like I reserve the right to ban my father from being my guest at any awards functions lest he break out a comb to fix my hair in front the entire audience.