5. There were as many lawyers in Rome as there are today. 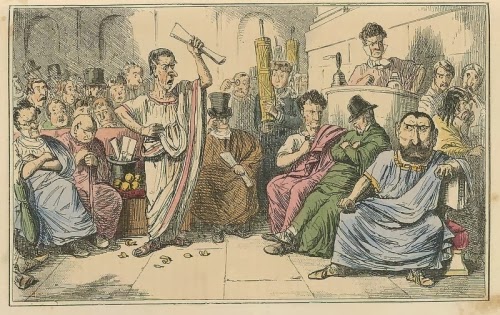 The most interesting thing about reading Roman history is how weirdly familiar it all feels. The Roman court system was similar to today's: you got a summons to come to court, there were bailiffs, multiple levels of courts, if a verdict didn't go your way you could file an appeal to a higher court (which ended in the Emperor instead of a Supreme Court), and there were even lawyers.

Not only were there lawyers in Rome, some of them were even what we'd call "ambulance chasers," aided by the fact the Romans were the first civilization to invent the idea of the lawsuit. Lawyers in Rome drafted wills and needed to be on hand for contracts. Since most Roman lawyers were paid by the line, most really were blathery and wordy. Even the smallest village in Roman times had a lawyer. 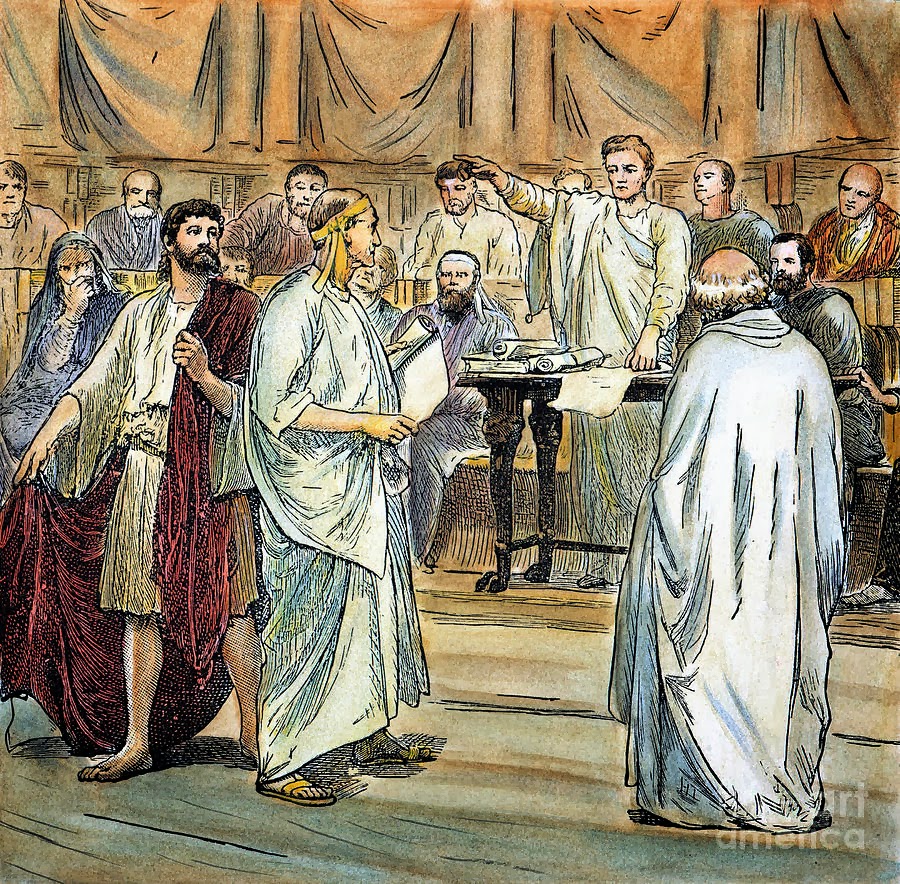 Interestingly, their job seems very similar to today. Roman courts had cross-examination of witnesses, hearsay was rejected, proof in writing had greater weight over eyewitness testimony, and the burden of proof was on whoever was trying to make a claim.

Being a lawyer sometimes meant being a statesman, too. A famous Roman you've probably heard of, the articulate Cicero, was a lawyer by profession.

4. The Emperor Pertinax's Guard, after murdering him, sold his throne in an auction to the highest bidder. 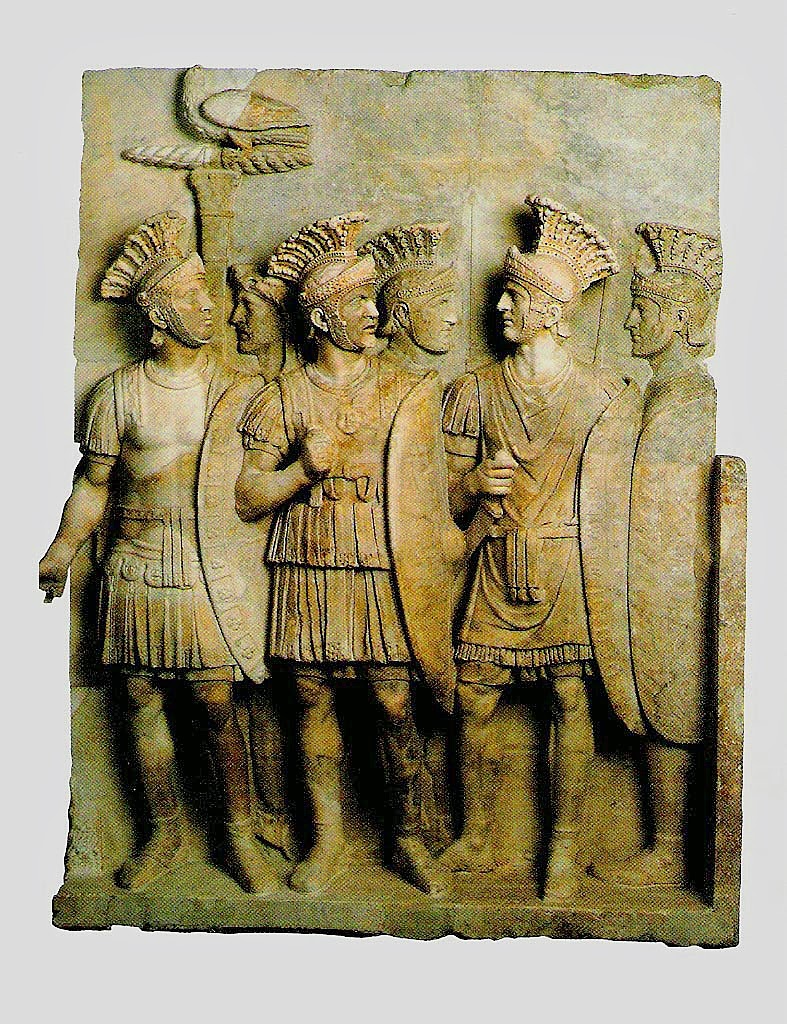 Ancient Roman Emperors kept their power by a simple rule: keep the armies on your side, and to hell with everybody else.

The Emperor Probus (predecessor of the famous Diocletian), for instance, to keep his Legions occupied, assigned them the sort of busywork you might expect a substitute teacher to give an badly behaving class,  and for the same reason: to shut you up and keep you out of trouble. For instance, he ordered his soldiers to plant olive trees in the Sahara Desert. Overworked and upset about these petty indignities, when Probus said the Empire might be better off with volunteers instead of professional (well-paid) soldiers, it didn't take much for his own men to chase him to an empty tower and then stab him to death. Now, if only modern unions could pull off that kind of thing these days…!

The Praetorian Guard were a tremendously powerful faction in Rome, originally created by the Emperor Augustus as his personal "secret service" bodyguards. They were designed to do what modern day club bouncers do: block doorways, glower, and intimidate. But unlike the actual secret service, the Praetorian Guard had an awful lot of power over the Emperor for the simple and basic reason that if they weren't kept happy, when his back was turned, they had a lot of knives and could stab the Emperor with them. 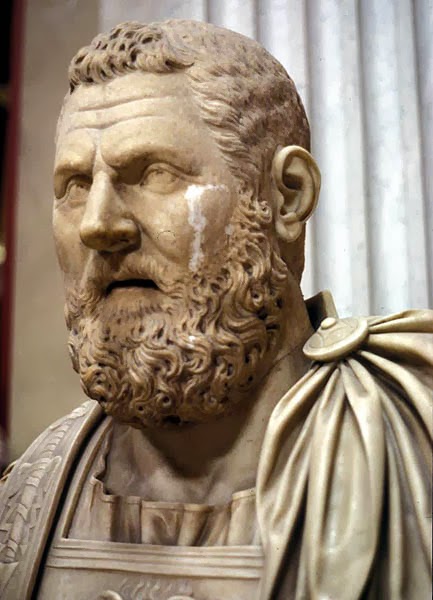 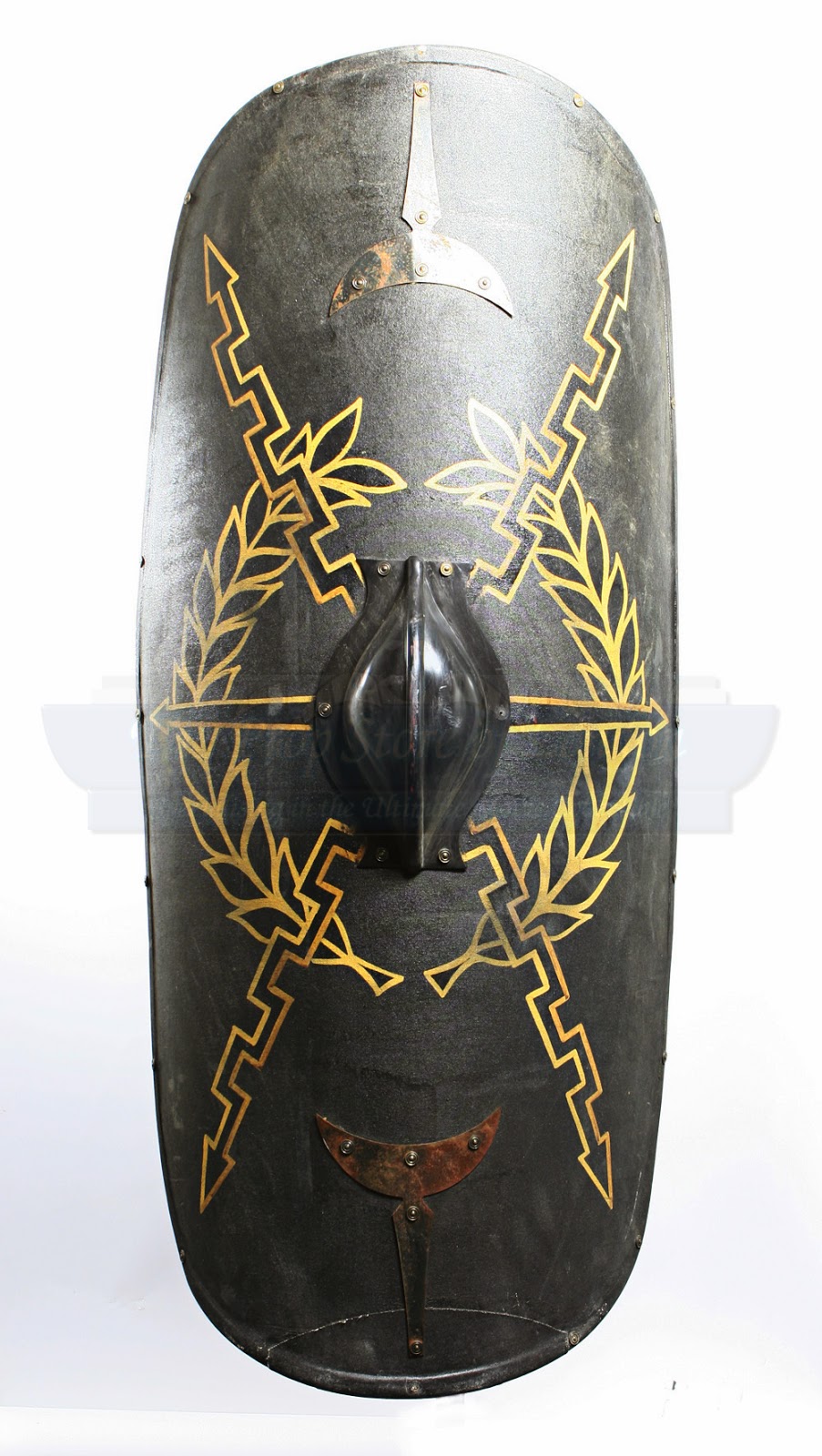 He had a party to celebrate becoming Emperor, but in the harsh light of day had a brutal panic attack: he had no allies anywhere, the people didn't support him because of the slimy way Didus got into office (would you?), the army generals didn't support him (I guess he should have paid them off, too) and on hearing what happened, the Senate sentenced him to death. His last words were, "but I didn't do anything!"


3. One Emperor was a crossdresser.

I have to stop and emphasize here that I am not making any of this up. 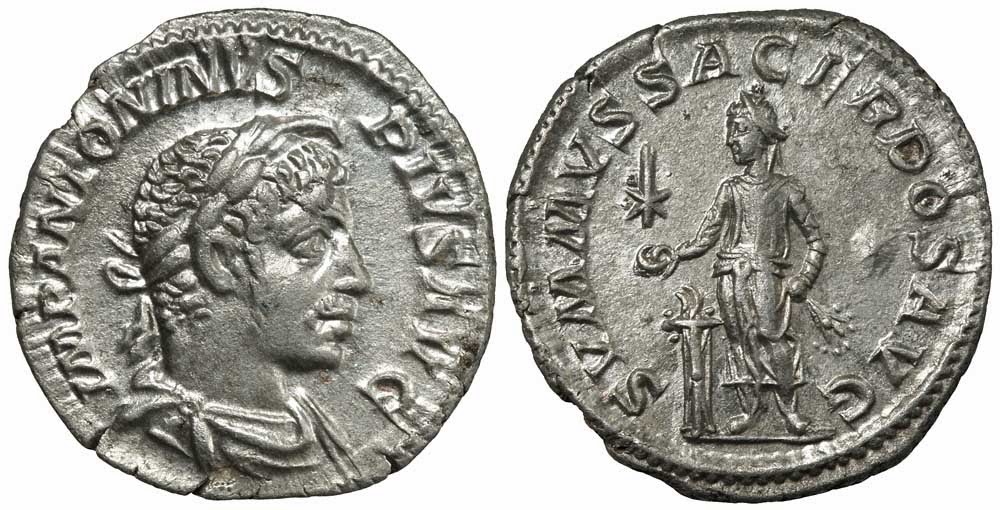 Even by the standards of psychotic Roman Emperors, Elagabalus was a piece of work. Taking the throne at 14, he ruled for four years where he wore women's cosmetics including eye shadow, and tweezed his eyebrows. At night, he often went out to work as a prostitute on the streets of Rome, even catcalling passerbys. 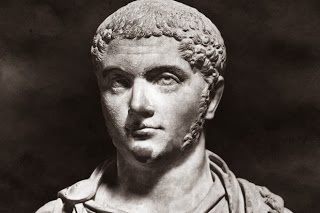 He married a muscular blond slave who drove his chariot, Hierocles, and apparently, Elagabalus was the woman in the relationship. He used to say "I am delighted to be called the mistress, the wife, the Queen of Hierocles."

Elagabalus offered a huge sum of money to any physician or doctor in the Empire who could take off his penis and give him a functional vagina. 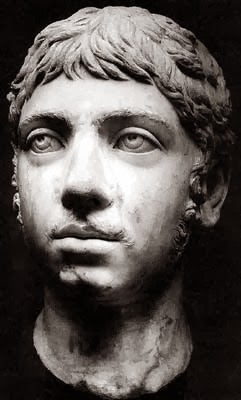 And to top it all off, Elagabalus was a religious nut, too. He replaced worship of Jupiter with a Babylonian mountain god called Elagabal, which comes from Ilāh hag-Gabal, a damn weird cult centered around touching a meteorite.

2. Christianity was created by an act of "selling out."

In the beginning, in order to be a Christian, you had to be a Jew first.

Early Christianity was an odd sect of reform Judaism, allowing only Jews, requiring circumcision and obeying kosher dietary laws. When did that change? Partially it was the work of St. Paul, but the earliest, most severe break point was a gigantic act of selling out in 135 AD.

A couple years before, the last of Jewish self-rule was eliminated when the Romans, who as usual didn't mess around: they crushed the rebellion of Bar Kochba, a man who claimed he was the Messiah and even delusionally printed his own coins to that effect. 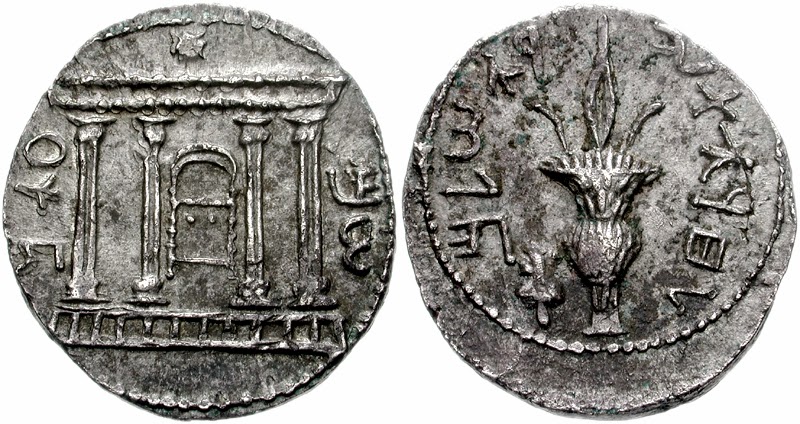 Note to future Messiahs: don't print your own coins saying the Kingdom of Heaven has come unless you're absolutely sure.

With the end of military leader Bar Kochba, the political future of Jewish identity was a sinking star you'd be crazy to hitch your wagon to, especially for an up and coming new reform sect like Christianity drifting further away every day from its roots. On the other hand, the Roman world was looking more comfortable and hospitable, at its absolute high point under first class ruler Antoninus (one of the famous "5 Good Emperors," notable for their lack of insanity). 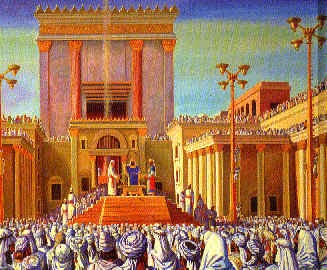 The break point came in 135 AD. The Emperor Hadrian built a city intended to be the new financial, Roman center of conquered Palestine right on Mount Sion, the Ælina Capitolina. The one rule was this: no Jews were allowed. Stop and think about that: Jerusalem was so totally destroyed by the Romans almost nothing was left, and no Jews were allowed on the new city built where it once stood. If this sort of thing keeps happening, I'm liable to start thinking the Jews can't buy a break. 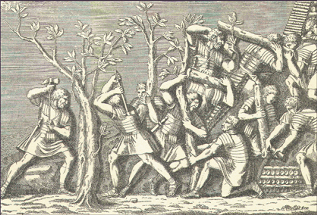 In response to this "keep out" rule, the Nazarenes, who in truth were growing more different from the Jews every day, elected Marcus as a bishop – the first gentile to be Bishop of Jerusalem, who was either Italian or Latin, and Marcus persuaded the Nazarenes to give up the Mosaic law…all to buy entrance into Hadrian's business port! By the way, the office of the Bishop of Jerusalem continues in an unbroken line in today's Orthodox Church 2000 years later.

Not everybody agreed with the election of Marcus, though – they moved and became the Ebionites, one of the most eccentric groups of Christian-Jews. But all that notwithstanding, it was easily one of the most influential acts of selling out in world history.

1. Rome was once seriously close to being beaten by a warrior-queen. 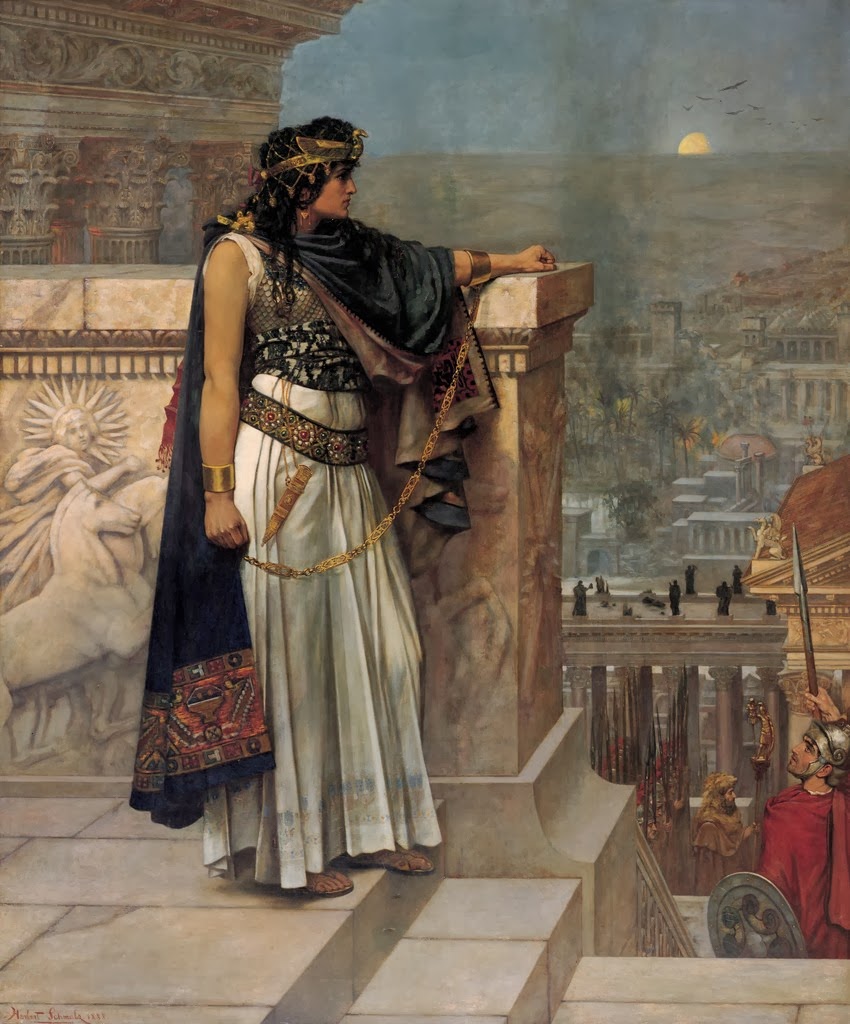 Zenobia, Queen of Palmyra, was like a character out of a cheesy fantasy novel, except she really lived. She was so cool it's hard to believe she was a real person. She used to like to hunt with her men and officers, and could ride a horse, steer a chariot, throw a spear, and shoot a bow. She was described as darkskinned and dark-haired and was "more beautiful than Cleopatra," though unlike Cleopatra she was totally devoted to her husband and didn't sleep around. 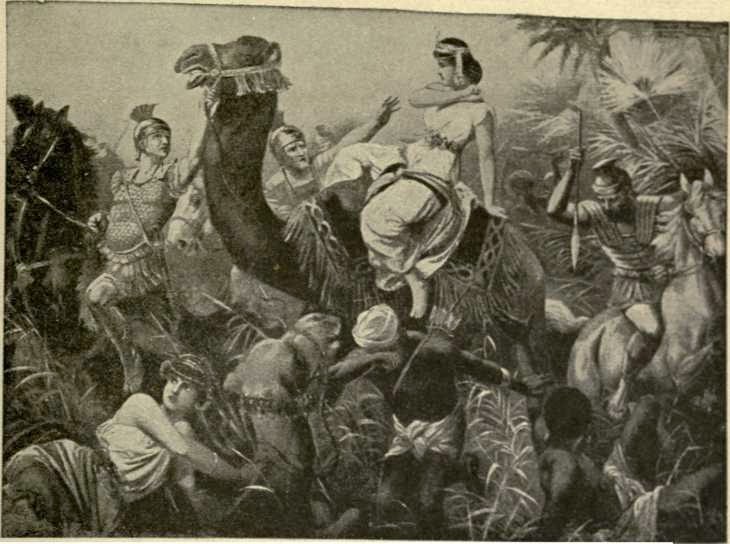 Zenobia was not only warlike but literate: she spoke fluent Latin, Greek, Aramaic, and even Ancient Egyptian, and surrounded herself with poets and philosophers.  Zenobia said she was descended from Cleopatra, a claim that's nowhere near as farfetched as it sounds, because Cleopatra's family tree (the Ptolemies) did have many eastern branches that survived. 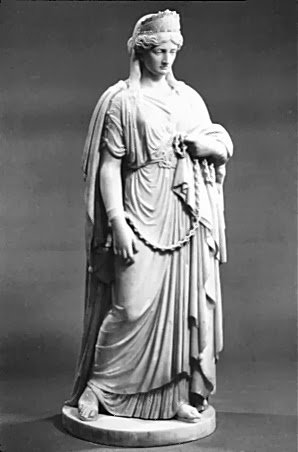 In a detail that might just be too good to be true, it's reported she was Jewish through her mother – not only Jewish, but an early Christian back when it was hard to tell the two groups apart… a member of an obscure Eastern version of Christianity, Paulianists, who believed Jesus was born a mortal man but God later "adopted" him as His son. Even if she wasn't a Jewish Christian, Zenobia was shockingly Jew-friendly: Rabbis came to her court to speak. 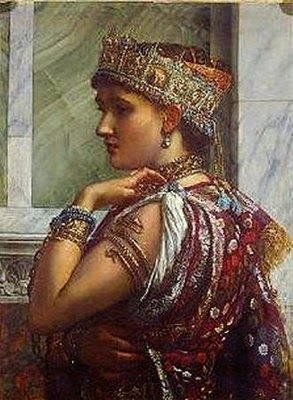 Zenobia ruled Palmyra, a Greek-speaking Eastern trading center in modern Syria, big enough and rich enough and Eastern/foreign enough to be a legit contender as a rival to Rome. When the Romans were tied up with the Gauls on the other side of the world, Zenobia seized her chance and created a break-off "Palmyrene Empire," taking Egypt, Syria, Palestine, and Asia Minor. As all of Rome depended on Egyptian grain, this was a pretty serious threat to the entire Roman Empire: it meant Rome started to run out of food. 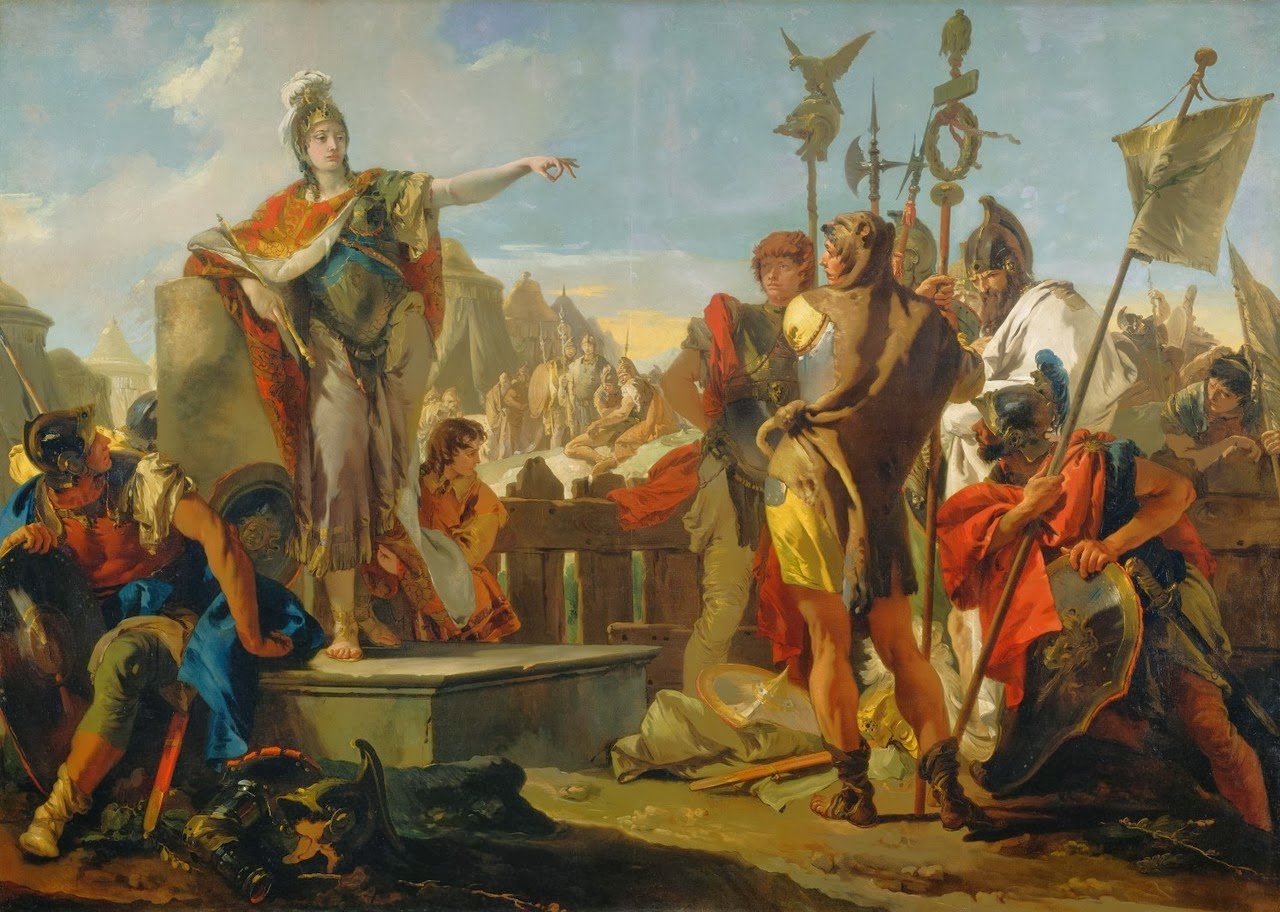 Unfortunately for Zenobia, the Roman Emperor at this time wasn't run by a teenage crossdresser, but Aurelian (the city of Orleans is named after him), a no-BS, serious fighting man who kept the Roman Empire from breaking up into three. He claimed a ghost appeared and told him to handle his enemies with kid gloves, which explains why, when Zenobia was inevitably captured, she wasn't put to death but instead lived out her life in a posh Italian villa comfortably, and her descendants were major historical and political figures. 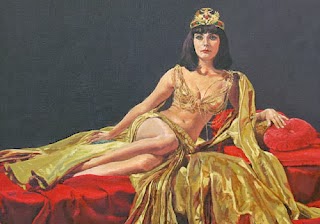 That's almost enough to make up for the fact only one movie was ever made about her, the Sign of the Gladiator, a cheesy 60s peplum uplifted by the gorgeous Anita Ekberg in the title role (and featuring Chelo Alonso in a dance number, who I wrote about here).

Very educational,
maybe next time you should write facts on wanting people to go to Ancient Rome

P.S Don't conquer the universe no one wants that; not that I'm trying to be mean or anything

Let's cut to the chase: watch movies online free This story is somewhat incomplete in its telling and does leave many plot holes behind. Discrepancies in the movie not only hurt the coherence of the script, but also the believability of the suspense elements. losmovies For instance... What is an acceptable level of sound to stay safe in the very same environment changes constantly throughout the movie. megashare9 In one scene they are not even whispering but communicating through sign language even if they do not know is something is nearby, and in another scene they are talking when the danger is patrolling so very close-by. 123 movies
Somehow, an uncountable number of misfortunes follow one another in a very short span of time, just the keep the atmosphere suspenseful. One bad thing happens and is dealt with, another misfortune pops up and is again dealt with, and... zmovie well, this "out of luck" trend just does not stop and without reason, too. There is not a natural flow to the story. The whole movie feels like a very artificial and misguided effort to build suspense. 31 full movie