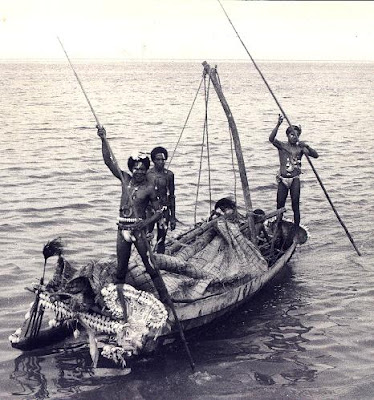 Comics fans often remind me of a savage tribe in the South Pacific that's confronted with a solar eclipse. They're confused and enraged, and because they don't understand what's going on, they respond with fear or anger instead of reason. They panic, form themselves into mobs, and concern themselves with violence and apportioning blame: who's blood has to be shed in order to bring the sun back?

So it's no surprise that they start believing the most absurd or outrageous myths. Their basis isn't coherent or even rational; it's just a savage panic that seizes onto the nearest idea.

First and foremost, there's the absurd desire to pursue that chimera, so-called "new readers." This or that book needs to attract newbies to survive, and so forth.

In and of itself this isn't that bad, but its a phrase so overused that it has become in and of itself meaningless, the way "freedom" became a goofy catchphrase to justify whatever outrageously exploitative scheme politicians wanted to ram down our throats.

The argument that comics need to appeal to new readers is often used by so-called "fans" to show that it is necessary to jettison baggage (little, unimportant details like consistent characterization, history and worldbuilding!), which they argue, confuses and angers new readers, like cows caught outside in a hailstorm. If I make this argument sound like it treats "new readers" as if they're stupid and illiterate, that's because it does.

When someone is disoriented by a flurry of unfamiliar names, places and events and don't know what is going on in a story or novel, guess what? They don't stop reading. People that make this argument just don't read things, or haven't read anything in the past twenty or thirty years.

Take any science fiction novel that has been written in the past 40 years, for instance. It won't bother to explain terms or worldbuilding; it throws you right in the thick of the middle. If you can guess what's going on after the first fifty pages of Dune, The Stars My Destination, or Neuromancer, or the average Cordwainer Smith story, you're lying or very, very clever. Yet that hasn't stopped anyone from being enthralled by the Girl Who Sailed the Stars or Paul Atreides.

The truth of the matter is, complex and engrossing worldbuilding is a strength rather than a weakness. Why do the same comics "fans" filled with awe and wonder at startling creations like Tolkien's Middle Earth or the dinosaur filled earth of Harry Harrison's West of Eden novels and then reject superhero comics for doing the very same thing?

Many of these same fans turn against so-called "continuity" because they feel it holds comics back. It's interesting to note that these fans are often DC fans; this particular kind is much rarer over in Marvel-land, because the Marvel Universe was built on the idea that suspension of disbelief is aided by consistency, and that characters have to behave like real people, which includes having a history, being affected, growing and changing as a result of their stories, and the idea that characters shouldn't wildly change because a different writer takes over...and finally, the idea that long-term, serial storytelling done over several issues and possibly even years has far greater entertainment value than sixteen page, compartmentalized little distractions that don't affect anything else.

There is nothing wrong with comics that appeal to the strengths of the fan audience.

Finally, this "logic" is also a false dilemma: either a comic appeals to the reader on the street, OR it appeals to comics fans with big memories. This is patently false.
Posted by Julian Perez at 3:57 PM