Man, I wish this election would never end

I always wished real-life sports would be as nutty and wacky as movie sports, where giraffes play soccer and the most undefeatable hockey formation is the "Flying V."
This election is like a screwball movie about an election. It's like the hilarious, Hail-Mary stunts from the McCain camp never come to an end, and never seem to stop backfiring.
First, there's Caribou Barbie herself, Sarah Palin. I've never seen the American public fall in love and fall out of love with a politician over the course of 72 hours. As we really knew nothing about her, at first, she looked like the perfect choice for Veep: she was, like Barack, an energetic political newcomer, she was a woman so she gave the campaign an Obama-esque dynamism an aging white male career politician wouldn't have, and finally, she could win over all the backwoods godfuckers in the Red States that believe the below scene actually happened, who McSame was never able to court. FACT: the speech she prepared at the Republican convention was written before the Veep nominee was announced. I have a suspicion David Frum and the rest of the GOP speechwriters wrote the speech banking it would be Mitt Romney. It just felt like a Romney speech: the smarmy, self-congratulatory tone and false populism was all over it.
The exact moment the American public fell out of love with her would have to be the exact moment she opened her mouth without a script in front of her - something GOP mythology says would happen eventually to that style-over-substance silver-tongued phony Barry O but, one week before the election, has yet to happen.
It wasn't that Palin couldn't answer a question about what she read, though that alone is weird, because I usually read about three or four books in a week, in addition to newspapers and fun, junk stuff like comic books and internet blogs, and like most people, I am very proud of what I read. Rather, it was that Palin interpreted one of the ultimate softball questions ("What do you read?") as an assault and then hemmed and hawed like a kid trying to cover up the fact he didn't do his homework.
Another of my favorite parts of this campaign are the constant Republican attempts to smear Barry O not because of something he's done or policies he's in favor of, but because he knows somebody. Really, that's all they got? Barry knows a guy that's bad? Ayers, of course, is one, as is his preacher. What's even more incredible is the great dichotomy between how little the American public cares, and how frothed up and frustrated the GOP gets that the American people don't care. It's like Monica Lewinsky all over again.
Then we have Ashley Todd, the Demon Cutter of Fleet Street. This is, naturally, the single most overt racist "dogwhistle" move we've so far gotten in the campaign, which comes as a surprise to me: I was expecting at least one McCain staffer to slip and say a racial epithet as early as September. It was, naturally, a lie: nobody believed it except the conservative blogs and Fox News, and that was because they desperately wanted it to be true.
Best of all, with the fake black eye, constant updates on her position via cel, and cuts that didn't break the skin and the "backwards-B" that looked like it was done in the mirror, this was one of those cases Encyclopedia Brown could have cracked:
Bugs Meany clutched his crying girlfriend in the Tigers clubhouse. "So, Brown? Are you going to get the nigger that did this to my girlfriend?"
Encyclopedia scoffed. "I'm not taking your girlfriend anywhere, Bugs. She's lying like a rug from start to finish."
HOW DID ENCYCLOPEDIA KNOW?
(For the answer, turn to page 47.)
Of all the squashed October Surprises, this one struck me as the most pitiable. There's nothing sadder than the displaced rage of a conservative young fat girl. I see them all the time around the university, carrying their iMacs, their desktop wallpaper made of shirtless pics of the captain from "Firefly."
And finally, we have Joe the Plumber. Explaining the joke would probably destroy it, but here goes: the boogedy-boogedy SOCIALISM!!!!! scare tactics about high taxes were as laughable as they were transparent considering Barry intends to lower taxes for the middle and lower class. The patronizing attempt to appeal to "Joe Sixpack?"
GOP? Might I suggest a few other populist mascots? 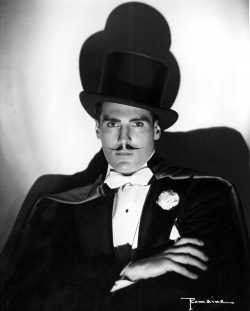 In the interests of fairness, it should be noted that Biden has gaffed tragically all over the hemisphere, but this is less of a big deal because really nobody cares what Biden has to say anyway. The idea that the Vice-President is the fourth branch of government is a post-Cheney Republican idea without support in the Constitution. The most righteous moment of the third Presidential debate was when Joe Biden corrected Palin: the job of the Veep is to cast the tie vote in the Senate, replace the president if necessary, and that's all.

That's one thing I'm loving about the Obama campaign: it restores the Vice-Presidential role to its former irrelevance. At first it looked like Obama messed up when he picked a predictable choice like Biden (I was saying it was going to be either Biden or Bill Richardson), but it's all a part of the plan: the executive branch isn't about the Vice, anyway.

I can't wait for election night. I'm looking forward to it like kids look forward to Christmas. With talk that Virginia (!) and Georgia (!) might turn blue, we're looking at one of the biggest landslides in American history. I'm going to Bicentennial Park to celebrate; the end of the Bush years would be like the fireworks scene in "Return of the Jedi."