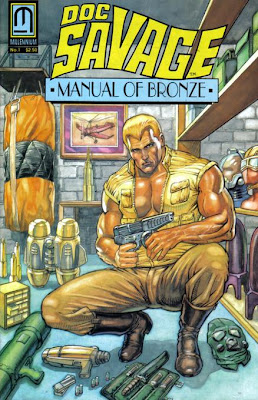 Apart from the pun in the name, the Manual of Bronze is a slim below-comic sized volume, a totally unique object printed by Millennium Comics in 1992, during the brief time they had the Doc Savage comics license. 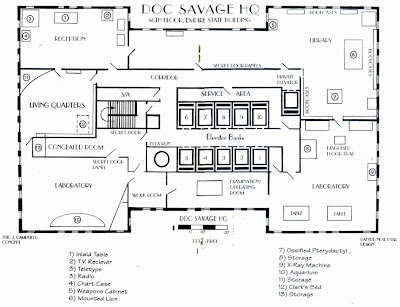 Millennium's work can be pointed out as the single most accurate interpretation of Doc ever, remembering details scattered through 150+ novels, like how Long Tom had a gold tooth that, whenever it was knocked out, he'd vow to get the guy responsible. Their comic adaptation of Repel (aka the "Deadly Dwarf") is one of the most artistically successful ever, and maybe one of the showiest, featuring Doc's archfoe, an evil gay millionaire midget who insists his henchmen walk around shirtless (yes, really). 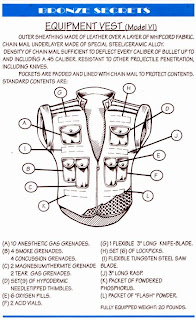 The Manual of Bronze includes detailed character bios on Doc, the Gang, and a few selected villains (including the aforementioned Deadly Dwarf), and it's even a scrapbook of Doc Savage art by different artists, a prospect that must have been a lot more tantalizing before the invention of Google Image Search. My favorite is Adam Hughes, and here's why: 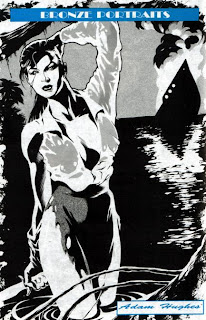 It's worth owning for no other reason than it's intimately researched and complete and shows diagrams of gadgets and equipment like Doc's Helldiver, the Fortress of Solitude, etc. I didn't care for the Supermachine Pistols' out-there design; since the machine pistol later on became a reality in the form of the uzi, wouldn't it stand to reason they'd look something like that, only with a curled magazine? 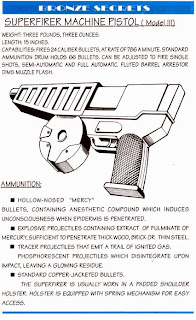 In any case, if you like to clip and save diagrams from comics about vehicles and gadgets (and I sure do), this is for you.

What's more, this is the only book of its kind thus far made for Doc Savage. Perhaps one day we'll get a more detailed illustrated reference. Until then, this one will have to do.

I just happened upon your article about the Doc Savage Manual of Bronze, and I loved all your comments! I have been a lifelong Doc Savage obsessive fan for, well, since I was in Junior High (I'm 53 now), and I tried to build his Fortress of Solitude, TWICE, and now thanks to you, I can perhaps make it as authentic as possible!
Thank you for your fine writing and treating the subjects seriously!