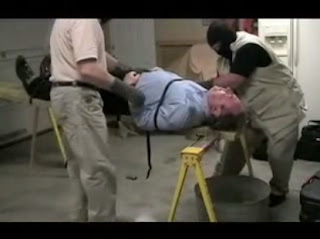 This has been a truly terrible year for comics fans. Living legends of the Golden Age like Jerry Robinson, Joe Simon and Eduardo Barretto have passed on, leaving with their tremendous talent and connection to our history. It's natural to be a little depressed as a result, and I sure am.

I thought nothing could take me out of this funk, but I was wrong. Vile Iraq War cheerleader and Bush toady bootlicker Christopher Hitchens just croaked from throat cancer.

This video should about summarize my reaction to the news.


This has truly been a great day. I feel like tap dancing. I'm more cheerful than when Bin Laden died.

Even in death it's impossible to muster sympathy for this bloated toad because his death was so obviously his own damn fault (constant cigarette use = throat cancer) so it's impossible to cough up the obligatory crocodile tears. It has a beautiful note of poetic justice. At least cancer got the guy to shut up.

Why does Christopher Hitchens deserve this kind of ire? Lots of pundits argued delusionally that Iraq was a clear and obvious danger connected to international terror with terrifying weapons ready to use at a moment's notice and any possible invasion and occupation would be one-sided, brief and cheap. He tirelessly suckered the public into a war I said from the beginning would be a giant clusterfuck…but a lot of other members of the scumsucker pundit class did what he did, too.

Why does Hitchens merit so much scorn?

He was a self-appointed "leftist radical" (because he said he is one, not because of anything he'd done or views he's held, in that respect similar to his hero George Orwell) and because of that self-description he had a lot of credibility with hardcore liberals and moderates, and he lent that credibility to bootlick Cheney's scheme. Chris Hitchens made it possible for moderates and liberals to support the Iraq War. He was the sole example that could be pointed to in order to show all sides of the political spectrum supported invading Iraq. And finally, he demonstrated it was possible to be an "intellectual" and support the conflict.

His tireless support, in short, created the illusion of broad consensus, an illusion that made the Iraq War both possible and inevitable.


And Hitch has never apologized or admitted error for the bloody history his arrogance helped author.

I sincerely hope Hitchens is wrong, and there is a God, because the idea of a supreme being who holds human beings totally accountable for deeds they escaped punishment for in life is an extremely appealing one right about now. Did any neocon toady ever suffer even slightly for supporting Iraq? Have any of them lost any credibility for being totally wrong about everything?

I'm a patriot, not a sucker. Learn the difference, huh? 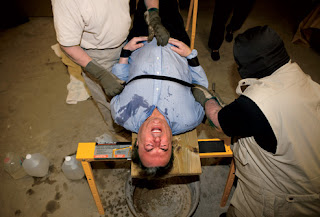 Oh yeah, atheism – the real reason faux liberals are crying crocodile tears over this sycophantic warmonger. Hasn't it even occurred to anyone else the two main targets of Hitchens' ire were the Catholic Church and Islam? Hitchens' atheism was nothing more than every petty hundred year old prejudice learned by the English in the nursery room, hatred of the Pope and the Irish, and hatred of immigrant groups.

His atheism wasn't Star Trek-style rational clearmindedness. All he did was drag rationalists into a long-standing, picayune tribal gang knife fight.

If all the shameful and disgusting eulogies have got you down, try reading this one. It was written a year before his death...but why wait?

I wonder…were Hitch's final moments rather like the death scene of the bad guy in the 1990 movie "Ghost?"

I never cheer for when someone dies.

While Hitchens does not create tears in my eyes, neither do I wish to tap dance on his grave.

It is unfortunate that he never took back his mistakes in life and as a man who believes in God, I can only hope he learned his lesson from the Almighty Himself.

Don't bother to reply. This was my first, and last, visit to your site.