The WNBA really is as bad as everybody says 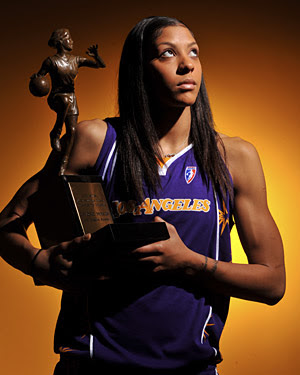 Though ordinarily my mockery is merciless and without pity...to be honest, I feel terrible, and a little guilty too, in laughing at the WNBA.
Why? Because they're underdogs: unappreciated, ignored athletes working for very little money and attention, and it's natural to root for the underdogs to succeed and prove everybody wrong.
It doesn't hurt that the two groups that goof on and snigger at the WNBA are two of the most insufferable kinds of jerks: an unholy coalition of stand-up comedians and male chauvinist types.
It kills me to say it, but those jerks are absolutely and totally right.
Take a look at this clip reel of the 10 best WNBA moments of the year. At first I thought the clips were making fun of the WNBA, but this is actually a real highlight film from the WNBA itself.

If you want to skip to the end, go to #2 and #1.
#2 is the third slam-dunk in WNBA history – the first being in 2002, five years after the league was founded, and the second in 2008. By that logic, the next one will be three years from now. This one I have trouble believing, since most guys that are six feet tall can jump high enough to make a dunk, and most of these gals are six-foot and above. King James dunks more in one game than the WNBA's entire history.
As depressing as that sounds, #1 takes the absolute cake.
The single best play of the year was a depressingly basic reverse-layup any high school team player can do. The over-reliance on the unbelievably rudimentary layup inspires the WNBA's nickname, the LDL League: Lesbians Doing Layups.

The WNBA is such a fertile and obvious target that even the obtuse "mind" of nitwit Family Guy creator Seth McIdiot picked up on it as a subject for parody. 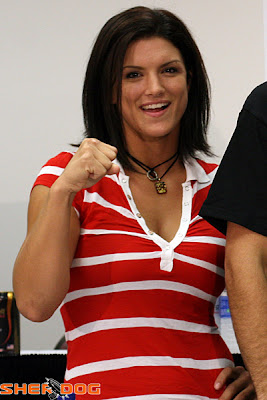 On related news, Gina Carano is getting a movie, finally. She's like the reverse-WNBA. On the one hand she's a really good martial artist and Thai kickboxer; when tested she hit with 650 psi and out of 14 fights, won 12, lost 1 (that one being relatively recently) and another was considered a draw by decision. She's got some glamour, but at least we don't have to be subjected to the indignity of pretending some supermodel like space-cadet Milla Jovovich is an asskicker. Gina's basically what Black Canary would be if Black Canary was a real person. It'd be great to see an action movie with a woman who is actually a very gifted physical athlete.