You might remember me discussing the strange case of Boston Brahmin genius and model turned tragically mentally ill woman all the way back here. Since then, there have been several new revelations.

What interested me about this unusual internet phenomenon was how specific she got, all of which were details that could be double-checked and examined more closely.

There's a single brief, glib line in the "Crimes and Malice" section of her lengthy resume/rant, that goes as follows:
Special thanks to blog reader Mike Justice for bringing the following news article to my attention, from the New York Times,  June 26, 1974:

Unlike the rants of other homeless, not only are her claims based on something, but the reality is typically more interesting the more you examine. For instance, on her site, she didn't mention Seth Baker "took the heirloom from her" by spending the night with her at an upscale hotel. Though she did mention Seth Baker as an "international playboy." Now there's an upscale job I haven't heard about in a while.

In addition, Liz Winslow claimed to have been a model, and recently, the Wilhelmina agency uploaded online their back catalog of model cards. There were even some for a Liz Cabot Winslow, which coincides to the year with when she said she worked as a model for Wilhelmina.

And some of the shots are really glam. All I have to say is...woof! Ah, if only I was an international playboy in 1974... 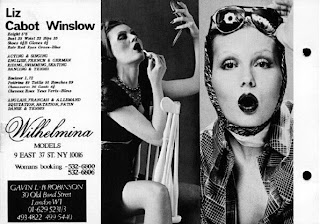 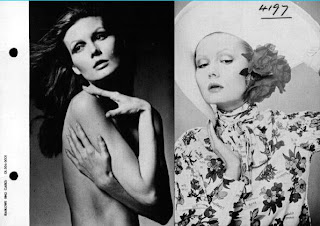 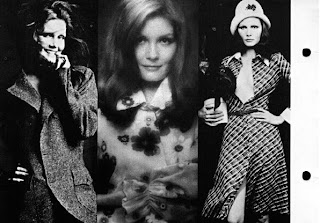 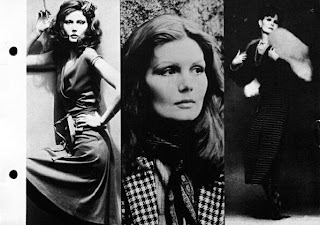 In addition, a passport collector has in his possession the passport belonging to Ms. Cabot Winslow's father, Colonel Hugh Whitaker Winslow, who was nothing short of an interesting and extraordinary man in his own right. Check it out! 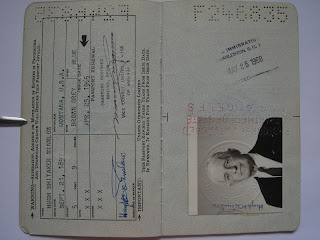 The third card down, the photo in the center... where she's wearing the flowery dress. You can totally SEE the madness in her eyes. She looks like some hot chick who'd pull handcuffs out of her purse and you'd wake up the next morning in a bathtub filled with ice and your kidney missing... Then she'd write a blog saying you set up a crooked racket on her phone!

I'm sure everyone brings a little of themselves in photographs. Richard Nixon for instance, always looked angry, bitter, sulky and persecuted.