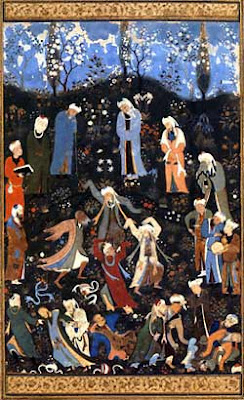 There are some issues that are not real controversies at all, but cultural flashpoints of conflict, where even discussing them does nothing but feed the drama-spiral.
I try to avoid these non-issues as much as possible…remember the hilarious flap and political capital burned over the ultimately private family issue of poor Terry Schiavo?
I’ve said time after time that one of the weaknesses of the political True Believer is the inability to pick their battles. In the interests of being bipartisan, this also includes a few big bugaboos of the left, too: for instance, the attempts to jail Auguste Pinochet when he was well into his eighties. There’s a certain point where so much energy has been invested that something becomes less about justice and more about petty, private emotional satisfaction.
Obviously the “mosque built near ground zero” is another example of a flashpoint emotional issue for culture warriors. The reason I’m saying anything at all is because the conflict is reported in a way that activates the rage-gland and several facts need to be taken into account. Yeah, I know, I’m feeding the drama fire and maybe that makes me a hypocrite…but nonetheless the entire conversation is disingenuous.
While I am a firm believer that every religion has to acknowledge and take responsibility for their extremists, the people building the Mosque/Community Center are Sufis, not any of the Sunni Wahabists responsible for the September 11th attacks! There have been entire articles in the press that fail to mention the denominational affiliation of the community center, which is laziness shocking for even reporters. The fact that the people building the community center are totally different than the attackers on September 11th has not been mentioned, and it is a crucial factor that should be a part of the discussion! Sufis are a totally different sect with distinct teachings and different practices…including the very famous and colorful “Whirling Dervishes.” 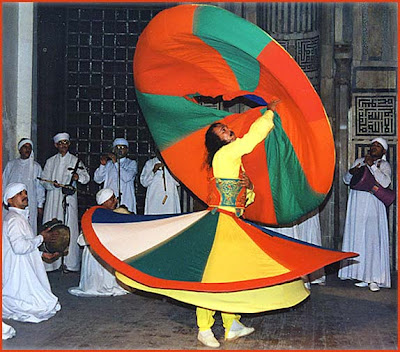 The conversation on whether it is appropriate for Muslims should build a “mosque” near the trade center remains totally misses the point…because the Sufis were not responsible for September 11th! This is an occasion where the question itself requires swallowing an outrageously untrue premise, like “do you still beat your wife?” In Edward Said’s crucial book Orientalism, he argued that the identity of “the Orient” and “the Middle East” is a totally artificial one imposed by Europeans on a diverse stew of cultures that don’t have a lot in common.
This reminds me a little of one of the most frightening moments in recent political memory…a moment that can be pointed to as the very moment that things went wrong in Iraq: according to Bob Woodward’s book “Plan of Attack,” it had to be explained to George W. Bush that there is more than one kind of Muslim.
Also, some perspective is called for on the location. The mental image is of the empty lot/nuclear impact crater from the September 11th Attacks, when the area is not what it was even in 2004, a developed area with plans. Indeed, the place is but is instead 3-4 blocks away, and in New York a “block,” even an uptown-downtown block, is much more than say, in Tarpon Springs, FL.
Finally, I’m alarmed at the obvious emotional manipulativeness of the issue and its shameless and totally transparent purpose of base-galvanization. It is virtually impossible to argue that this isn’t a manufactured controversy to sway far-right voters in the upcoming election. Here’s the thing about being manipulated: people that are dead sure they can’t be manipulated are the ideal mark for manipulators because they don't think all that closely about how such a thing could happen. For instance, the permits and permissions to build the mosque and community center were filed over a year ago. The fact that this is only an issue NOW is a question of timing…especially for the upcoming midterm elections. This is a political prop. If I were a Republican, I would not be comfortable or okay with gonzo issue handlers and their attempts to amp up my rage-glands to vote their way.
Posted by Julian Perez at 3:34 AM

Thank you for pointing out the missed information regarding those that want to build the mosque. Even I had no idea who they were. I DID however, know that they had ZERO to do with the 9-11 attackers.

But then again, you know that I'm not one to jump in without trying to use my brain when it comes to things like this.

Sure. Also, I think it's important that they're building a Community Center, NOT a mosque (though it contains a mosque)...that makes a difference because as I said before, opposition is emotional in nature, not rational, so changing "Community Center" to the weirder and more Arab-sounding "Mosque" actually results in a ten point difference of opinion (!) when the question was asked with either one.

Thank you Julian for your sane and eloquent explanation of the "mosque" in NYC. The din of misinformation on this, and so many things, keeps the world hysterical and unable to cope with more important questions - like "can't we all learn to get along?" and perhaps put more thought and planning into our children, their education, and what kind of world we will leave behind.
I just fell across your page when googling Kalevala. I'm glad I did.