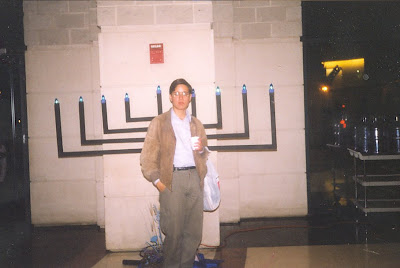 "It was like you got one as a door prize, available in your choice of Blonde or Asian."

Dammit. And here I was hoping for a Russian Brunette.

>when Christopher Priest (author of THE PRESTIGE) turned his Richard Dawson-like smarmy, sarcastic British wit on one of Ellison's dead friends? When Ellison tacked Christopher Priest, Priest's words were "You wouldn't dare hit me in front of all these people."

I think you should be very careful what you print about people you don't know, and alleged events where you weren't present. You have no doubt picked up this comment by hearsay, probably stemming from Mr Ellison himself.

All you need to know is that I have never met Mr Ellison, so cannot have had the exchange with him you describe. In fact I haven't the faintest idea what you or Mr Ellison are on about. But I do consider what you say to be spiteful and personally hurtful and I look forward to reading your apology as soon as possible.

Fun entry, and even more fun response from Mr Priest. :-)

Julian, I can honestly say that while there may indeed be "a little Harlan Ellison in all of us," there is most certainly more of him in you.

Wow, it's nice to finally find something to say that will please both of us, albeit for exactly opposite reasons.