Why the American System of Government Is the Way It Is, and Why It Works 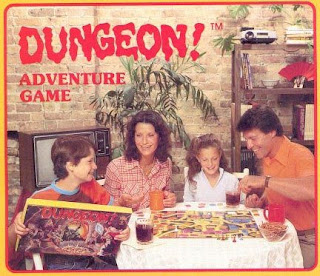 Politics are a little like tabletop game design. Never try to change a rule until you understand why it's there in the first place.


After every election, no matter what the year, there's always talk about two problems in the American system: a two-party system of "too-similar candidates that prevent anything from getting done," and how the Electoral College is a pointless barrier that should be scrapped and replaced with direct popular vote.

Both those things, two-party system and the Electoral College, exist for a very real reason: the American system of democracy is designed for stability and moderation.

As we've never had a totalitarian dictatorship, and the American system is the oldest democracy in the world, continuing uninterrupted for 236 years, it's obvious it succeeds at this job in a way you can't really argue with. In that same amount of time France, another affluent Western democracy culturally and financially comparable to the USA, had 5 constitutions. 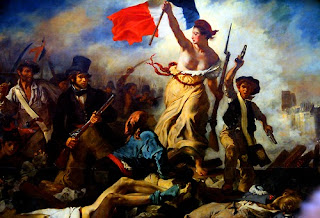 The obvious critique here is a lack of self-awareness. Everybody thinks their culture has (for instance) the best attitude to sexuality and everyone else are either libertines/perverts on the one hand, or uptight prudes on the other. Ask the Red Chinese, and they'll tell you the Red Chinese system is the best for them. Nonetheless, I don't think enough people understand WHY the American system is set up this way enough to say why it should be changed.


Every election year someone yells the Electoral College needs to be scrapped, a barrier to direct popular voting that ensures only a minority of people in swing states actually matter.

But why do we have an electoral college at all?

In order to be President you have to have a majority of the Electoral College, right now 270. This is the major factor in why the American system only has two political parties, since it's nearly impossible to win a majority with three or more viable candidates.

This prevents situations in parliamentary systems like (for instance) Turkey, where one political party achieves a majority by 24% of the vote. By contrast, remember that even on his worst days at the end, the Nixon-level unpopular George W. Bush always had at least a 27% approval rating. It's hard to imagine a position so weird that it won't get a modest percentage of the vote.

Because a majority is needed, moderates win every time. If your goal is stability, moderate views aren't a bug, they're a feature. National politics has to be played "in the 30 yard lines," ignoring the fringes on either side. In short, politics becomes a game for pragmatists, moderates, and "grown-ups." 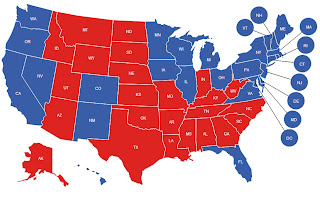 No single region, not even the South or Northeast, has enough electoral votes to reach 270. This means a candidate can't just do well in a single part of the country, but has to have broad appeal. This was a big issue especially in the era before Civil War, where different parts of the country had different markets, from the industrial and trade oriented Northeast to the rural, agrarian South.

"Swing states" have more power in our system for a reason: in order to be in play at all, they're typically a microcosm of the American system. Ohio, for instance, typically has a combination of rural, urban, immigrants, natives, the working class, with both farmers and agrarian interests and heavy industry.

And contrary to popular belief, the electoral system does make minority views more significant in a way that would not be possible in a winner-take-all national popular vote. The reason, both for good and for ill (mostly for ill) that Cuban-American exile lobbyists have such power over Cuba policy is because Florida is a swing state, and a community of about 500,000 does matter. The result is surreal local weirdness like Barry Obama, maybe the most powerful man in the world, eating at El Mago de la Frita on Calle Ocho. 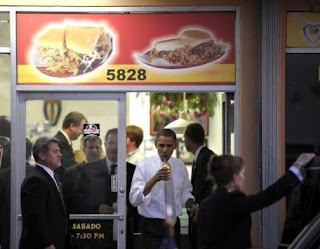 Another advantage to the electoral system is it keeps votes compartmentalized. Florida in 2000 was bad enough. Can you imagine the chaos of a national recount?

Does the Electoral College system depress voter turnout in non-swing states? I don't care. Neither should anybody else, because democracy is only for those who choose to participate. No system should ever take into account meeting the needs of people who choose not to vote.

Here's a scenario for both Republicans and Democrats. Imagine we have a it's 1994, and the US has a parliamentary system. Republicans sweep elections on the "Contract With America" platform. Who becomes Prime Minister? Newt Gingrich. Or in 2006, when Democrats win back the House and Senate, the US head of state becomes Nancy Pelosi.

If you think it's a weakness that more fringe views can't achieve much in our system, just imagine what it would be like when the shoe is on the other foot and people on the fringe with views opposite from yours are voted into power.

Which brings me to the Third Party Candidates.

The greatest advertisement for the two-party system are the third party candidates. Marginal candidates typically are marginal for a reason. 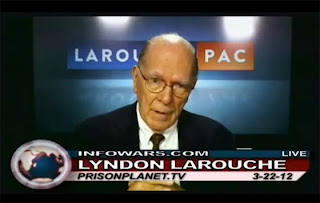 But Julian, you say, aren't the two political parties too similar?

First, the two main political parties are not that similar at all. It's hard to imagine a third term for Bush would be exactly the same as what Barry Obama did. If it seems that way to you, there are two possibilities: 1) you're not very informed on the issues and the political positions of candidates, or 2) you're on the fringe.

That said, do I think the current American system is perfect? No, I don't. Because of their impact on fundraising, there is no reason presidential primaries should happen first in New Hampshire and Iowa. Primary systems work to the advantage of incumbents even at the best of times; David Wong once called them a game of "monkey shit dodgeball." It's not clear to me why these contests should be viewed as representative of voters as opposed to say, Virginia, Florida, or Ohio. The Florida primary moving up is a step in the right direction.

In conclusion, the Electoral College, together with the two-party system, are not flaws but consciously made decisions by a conservative system that values stability, which can be very, very frustrating to people both on the left and right who want to remake society. All successful changes, the ones that last, have been incremental, and in that sense the durable American system understands this.

Your paragraph about depressing voter turnout in non-swing states is priceless.

eToro is the best forex trading platform for beginner and pro traders.